What is International Translation Day?

The 30th September is a very special and important day for the language service industry as we celebrate International Translation Day.

This is a day when we can shout from the rooftops just how much we love our linguists – not that we don’t try to do that every day of course! – and thank them for their incredible hard work and commitment over the last 12 months.

In our eyes, all our freelance resources are part of the Ultimate team and we treat them with the same respect as our full-time staff. Without our translators we couldn’t do what we do.

Since we look forward to celebrating International Translation Day every year, we thought it would be great opportunity to tell you all about it.

It all started with Saint Jerome

Jerome, the Patron Saint of translators, librarians and encyclopaedists, was a Latin Catholic priest, theologian and historian born in the fourth century.

He is known for his translation of the Bible into Latin, as well as his commentary on the Gospels and extensive writing and teachings on Christian morals.

In the Catholic, Eastern Orthodox, Lutheran and Anglican Churches his feast day is the 30th September, hence the decision to celebrate International Translation Day in his honour.

Even though International Translation Day has been celebrated by the language service community since 1991 when the International Federation of Translators (FIT) started to promote the profession, it wasn’t officially recognised until 24th May 2017.

On this day, the UN’s General Assembly met to discuss “the role of professional translation in connecting nations and fostering peace, understanding and development”.

Eleven countries bore witness to the resolution; Azerbaijan, Bangladesh, Belarus, Costa Rica, Cuba, Ecuador, Paraguay, Qatar, Turkey, Turkmenistan, and Vietnam, which has since been promoted by many official organisations such as FIT, Chartered Institute of Linguists (CIOL), Institute of Translation and Interpreting (ITI), and Globalization and Localization Association (GALA), to recognise the work of translators worldwide. 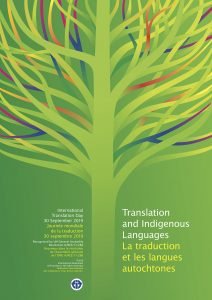 2019 The International Year of Indigenous Languages

Each year there is a different theme for International Translation Day with 2018 promoting cultural heritage in changing times and 2017 celebrating translation and diversity.

This year, the UN announced that 2019 would be the International Year of Indigenous Languages.

I studied at The University of Manchester where many of the academic staff were working on the documentation and preservation of endangered languages, most of which were the indigenous languages of Australia.

As part of several modules over my four years at the university, I learnt about the incredible stories of the history and culture of the speakers of these lesser known languages, many of which died with the last native speaker.

The fact that the UN made the decision to dedicate a whole year to widening the awareness of indigenous languages fills me with hope.

The work of translators and interpreters in this field is vital in helping communities communicate with the wider world, to bring a voice to their cultural narrative, and to increase the chance of their language surviving. 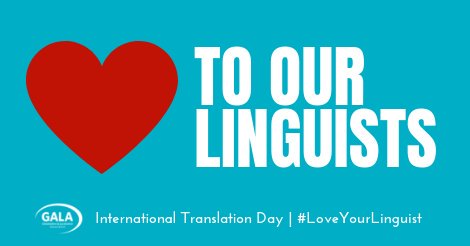 To round up, International Translation Day is a day when we should take a moment to thank linguists around the world for their continued dedication to the field of translation and language services.

The Ultimate team and I will be celebrating this year by acknowledging the great work of our extended global team through a series of awards including most innovative translator, the translator who always goes above and beyond, and not forgetting our translator of the year.

How will you celebrate and show love and appreciation to your linguists this International Translation Day?

If you are a professional translator and are interested in joining the Ultimate team, please contact us here.

With a combined total of over fifty years in the industry, the Ultimate Languages’ team are your ultimate translation partners. Our consultative approach simplifies complex processes whilst delivering high-quality, localised content that will enhance your team, your business and your brand.